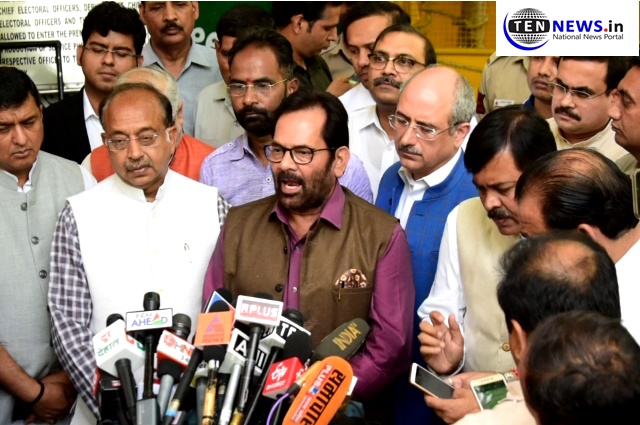 Naqvi while addressing media said, “We today came for some major issues. The very first one is regarding Congress President Rahul Gandhi who is continuously giving false statements from past many months which are all clearly against PM Modi and BJP National President Amit Shah.

Such statements are clearly “violation of Model Code of Conduct”, he said adding, “in fact such remarks are in clear violation of election laws and would come under the provisions of corrupt practices”.