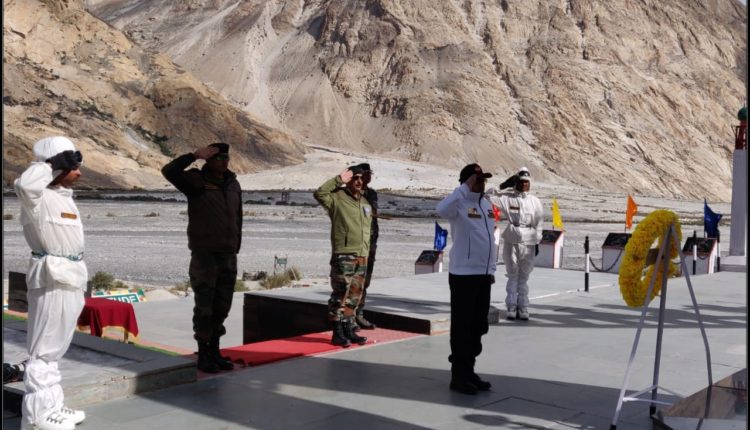 NOIDA (30/09/19) Dr Naresh Sharma brother of Martyr Capt Sashikant Sharma recently returned from Siachen glacier after attending wearth laying ceremony of his brother. He had got special permission from the Army Chief General Bipin Rawat and the arrangements were made by Indian Army.

Dr Naresh used to visit the Siachen war Memorial every year to pay homage to his brother. This year chose the month of September so that he can feel the difficulty of terain and in what conditions his brother laid his life for the country.

During Oct 1998, Capt Shashikant Sharma was deployed on the Saltoro ridge located about 20 Kms south west of Siachen glacier. On the night of 3rd October 1998, there was heavy shelling from Pakistani side on the Bana post at the snowy heights of over 21000 ft.

Capt Shashikant Sharma is survived by his parents and brothers.