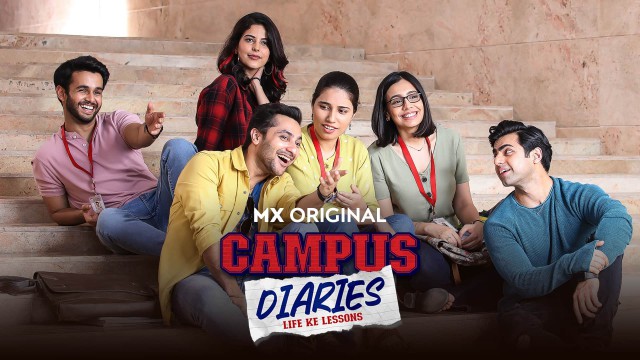 Mumbai, 14 January 2023: As per the State of Mobile 2023 Report by Data.ai (formerly App Annie), India’s leading OTT platform, MX Player has further cemented its leadership status with yet another milestone. The report stated that MX Player ranked #1 in India beating Hotstar, Zee5 and JioTV and is ranked #3 worldwide, after YouTube and Netflix, in terms of downloads in video streaming. The entertainment super app has seen consistent successes in 2022 with an extraordinary slate of MX Original Series from Campus Diaries to Aashram Season 3 to Dharavi Bank amongst many other top-rated series.

Since its launch in February 2019, MX Player continues to witness exponential growth given the rise in OTT content consumption in India. Known for its superlative narratives in diverse genres catering to vast age groups, MX Player ranked #4 in India by MAU by likelihood of use amongst the age group of 18 to 24 years. While it ranked #9 in India in terms of Top Apps by Monthly Active Users (MAUs), it managed an impressive ranking of number #3 amongst the most searched iOS AppStore Keywords in 2022 in the Entertainment OTT category.

The OTT platform has not only established a stronghold in India but strengthened its base in the global entertainment market and is ranked #3 worldwide and is #4 in Singapore in terms of downloads. It also has a global reach of 17+ markets that includes UAE, US, Canada, UK, Australia, New Zealand, Bangladesh, Nepal, Afghanistan, Sri Lanka, and Maldives amongst others.

Commenting on the report, Nikhil Gandhi, Chief Operating Officer of MX Player said, “2022 has been a defining year for MX Player for many reasons. From understanding the pulse of the viewers to creating diverse content, we focused on establishing the platform for giving a holistic user experience. The growth has been phenomenal and we’re proud to have rightfully worked towards fulfilling our mission of providing entertainment to the masses, large and wide. We’re privileged to be acknowledged and trusted as a go-to-platform for entertainment and are encouraged to offer top-notch engaging content in the coming years.”

According to the report, 11% growth was witnessed in app downloads in 2022 as a total of 255 billion new apps were downloaded by iOS, Google Play, and Third-Party users. The data also highlights the jump in the time spent by users, which encompasses 5 hours per user daily which accounts for a total of 4.1 trillion hours by users collectively. The State of Mobile 2023 report provides an in-depth analysis of the spending by users. It mentions that $167 billion was spent on app stores, while India would be #44 largest country globally for an enormous $336 billion being spent on mobile ads in 2022.

MX Player is the homegrown streaming platform from Times Network, and the Time Group also achieved a staggering rank #8 in India amongst the Top Companies app by download.

Outshine the world with Fire-Boltt Supernova