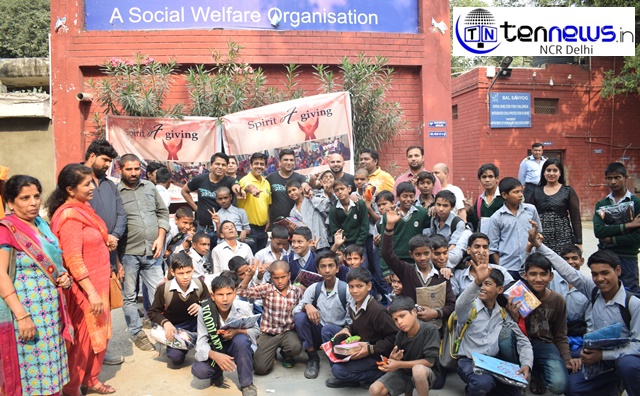 NGO ‘Spirits of Giving’ Distribute Blankets and Utility Items among the unprivileged Children in New Delhi!

New Delhi: Independent representatives from an NGO named ‘Spirits of Giving’ have once again come together to brighten up the festive season for the underprivileged. In a series of events spread across 21 cities throughout India, various groups of Independent Representatives have come forward to raise money to help the underprivileged communities.

Around 50 such entrepreneurs had come together in Delhi and distributed clothes, toys & toiletries to the Bal Sahyog, located in Connaught Place, Delhi. Around 1,500 young entrepreneurs, who run ‘Spirits of Giving’, have pledged between INR 50,000 to INR 1 lakh per city towards important causes benefiting a local community in need. This is the fourth year that these entrepreneurs have initiated such an exercise during the festival season to reinforce their commitment to helping communities and their own belief in the spirit of giving. Funds raised by the group this year will be used to help orphanages, homes for the disabled and the elderly, and for the education as well as provision of essential commodities and
educational tools such as stationery and books.

Manmohan who lead the efforts in Delhi along with other entrepreneurs echoed their sentiments behind the initiative and while speaking to Ten News he said,

“We have been fortunate to find our path and purpose with QNET which has helped us transform, not only our lives, but the lives of those around us. Giving back to our community during this auspicious festival season is our way of paying it forward”.