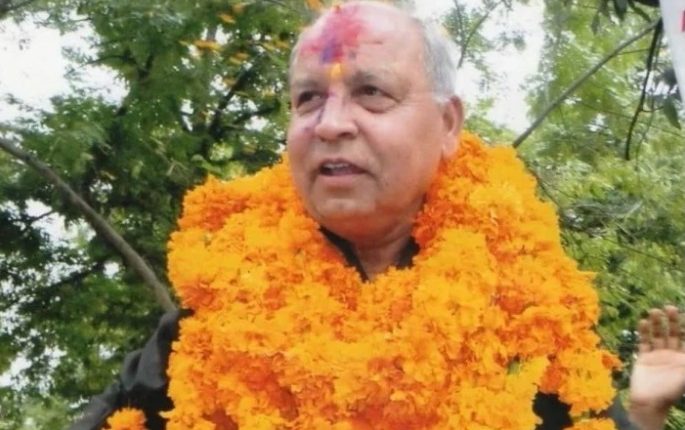 Only chanting Modi’s name will not get tickets, says Uttarakhand BJP chief

Dehradun (Uttarakhand) Aug 28: Uttarakhand BJP chief Banshidhar Bhagat on Friday stormed a controversy in the hill state after stating that no one will be given a ticket for contesting elections merely for chanting PM Narendra Modi’s name.

In a straightforward comment to a news agency, Bhagat said, “Narendra Modi is a great leader but MLAs should visit their constituencies, meet people and listen to their grievances. They will get party ticket in next polls based on their performance. Only chanting Modi’s name will not get them tickets.”

Asserting that the 2022 state assembly elections are very important for the party, he added, ““Like before, now it will not happen that MLAs will get votes in the name of Modi. They will have to go out and work with people in their constituencies.”

Further sharing his views on Uttarakhand BJP MLA Pranav Singh “Champion’s” latest video in which he is seen leading a cavalcade of vehicles after being re-inducted in party, Bhagat said, “We have come to know about some video. The party will look into it and if anything wrong is found, necessary steps will be taken.”