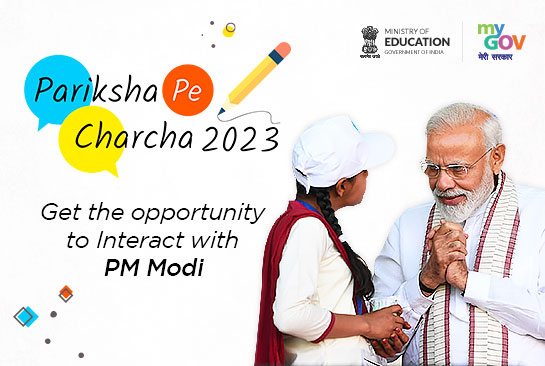 The program, which is scheduled for January 27 at the Talkatora Indoor Stadium in New Delhi, has seen a significant increase in student participation this year, with registrations at least 15 lakh higher than last year.

Pradhan said at a press conference that “over 38 lakh students registered this year for participation in Pariksha Pe Charcha (PPC), out of which more than 16 lakh are from state boards.”

He also added that 20 lakh questions have been received, and the National Council for Educational Research and Training (NCERT) has shortlisted the questions on various topics including family pressure, stress management, the prevention of unfair means, how to stay healthy and fit, and career selection.

During the event, Modi will answer students’ questions related to exam stress and other issues. The first edition of the program was held on February 16, 2018, and registrations for participation were open from November 25 to December 30, 2022.

Pradhan also announced that 80 winners of the Kala Utsav competition by NCERT and 102 students and teachers from across the country will attend the event as special guests.

They will also be taken to places of national importance like the Rajghat, Sadaiv Atal, Prime Minister’s Museum, and Kartavya Path to become familiar with India’s rich legacy.

Additionally, they will also witness the Republic Day parade on January 26 and the Beating Retreat on January 29.

A painting competition was also organized as a precursor to PPC-2023 in 500 districts across the country on January 23, on the birth anniversary of Netaji Subhash Chandra Bose.

50,000 students from KV, NV, state boards, and CBSE-affiliated schools participated in the competition, which had the theme of the mantras given by the prime minister in the “Exam Warriors” book.

The book has been a phenomenal success and is now being published in 11 Indian languages, such as Assamese, Bengali, Gujarati, Kannada, Malayalam, Marathi, Odia, Punjabi, Tamil, Telugu, and Urdu, with Hindi and English revised editions also being published.