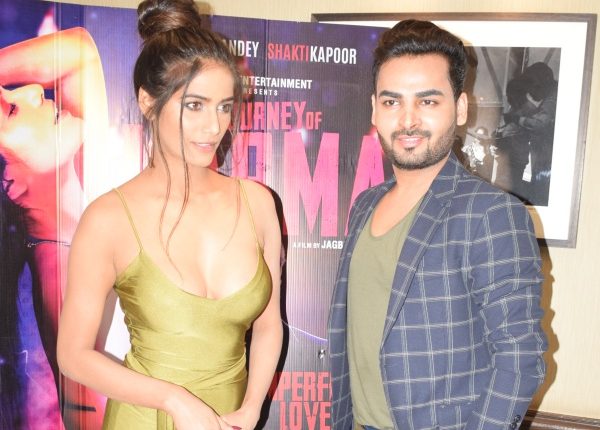 New Delhi: Today, the star cast of the upcoming romantic movie “The Journey Of Karma”, Poonam Pandey attended a press conference in Delhi for promotional purposes.

As soon as the press conference began, she was surrounded by questions related to the #metoo movement, in response to which she didn’t speak much.

When asked by Ten News Correspondent about various happenings on the sets of her upcoming movie related to the #metoo movement, she responded very lightly and kept praising Shakti Kapoor for his decent behavior.

As the ‘me too’ movement affirms empowerment through empathy and community-based action, the work is survivor-led and specific to the needs of different communities.

“#metoo movement is a very great initiative and took really long to strike India. There are women who face such issues in their daily life but never dare to raise their voices due to some domestic issues they face.”

It is a story of a slum girl who is good in studies and tries to chase her dreams to work in America. She travels through her journey packed with twist and turns, surprises & a romantic sojourn with a mysterious old man.