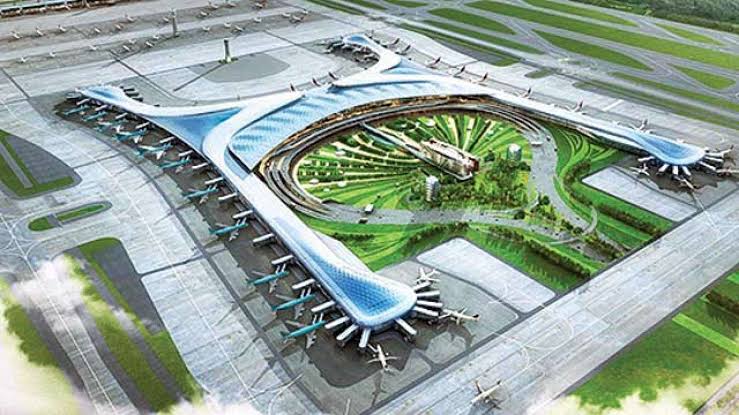 On Thursday, Prime Minister Narendra Modi laid the foundation stone for the Noida International Airport in Jewar, Uttar Pradesh’s Gautam Buddha Nagar district. The finished first phase of the airport will be able to serve roughly 1.2 million passengers per year. The airport will be the largest in Asia and the fourth-largest in the world once it is fully operational.

The airport will create job and employment opportunities for more than 1 lakh people. Manoj Gaur, CMD Gaurs Group and Vice President NORTH CREDAI, said, “The airport is phenomenal news for the upliftment of the region. The region has already seen immense investment which would result in economic growth, not only of the YEIDA region but also of the entire state. The increasing business activity will also ensure employment opportunities that should result in increased demand for residential as well as commercial properties.”

The airport will play a critical role in assisting the region in attracting large investments, boosting rapid industrial expansion, and enabling local products to reach national and worldwide markets by facilitating seamless transit of industrial products. This will open up new prospects for a variety of businesses and provide a large number of job opportunities.

According to Housing.com research, share of residential sales in Noida Expressway and Yamuna Expressway from the overall residential sales in Noida & Greater Noida has increased from 17% in 2019 to 31% in Jan-September 2021. Ankita Sood, Head of Research, Housing.com, Makaan.com & PropTiger.com, said, “Jewar airport will act as a pivotal factor in the overall growth of Noida and Greater Noida regions in the coming times. The airport will provide the much-needed connectivity to these areas, which will bolster real estate sentiments across asset classes. We already see that residential demand in the micro-markets around the upcoming airport have gained momentum with September 2021, surpassing the 2020 levels, despite the setback of the COVID-19 second wave.”

Deepak Kapoor, Director, Gulshan Group, said, “Jewar Airport will position Noida on a global map. It will bring a lot of investment from multiple industries, a new section of corporate class including HNIS, UHNIs will be evaluating the city for long-term income opportunities due to the seamless connectivity and high-end infrastructural developments like Film City, amid this real estate will emerge as definitely one of the brighter options. We are excited to see the fast-paced development and support from the government, and look forward to the airport becoming fully operational.”

The Noida airport will also be connected to the proposed Delhi-Varanasi High-Speed Rail, allowing passengers to travel from Delhi to the airport in just 21 minutes. Sanjay Sharma, Director, SKA Group, says “The nearby region will continue to attract the attention of investors and end-users, increasing the number of new launches and sales activities in ongoing and upcoming projects. It will bode well for the pricing aspect also, as this region will become a hub of properties catering to different segments. Even RTMI units of developers in Noida will be an attractive proposition for people seeking a home in proximity to the airport.”

Amit Modi, Director, ABA Corp & President-elect CREDAI Western UP, says, “The inauguration of Jewar Airport is going to be a gamechanger for the region of Noida. It will be establishing the city on a global logistics map. The state government has always been very supportive and proactive in terms of development opportunities, ease of doing business etc. Now with this airport, the region will reap economic multiplier benefits, it will also open sources of employment in the construction business. It will also be giving a boost to the corporate travel and leisure opportunities, and bring Noida and Greater Noida at par with the millennium city of Gurugram.”

The Noida International Airport is perfectly positioned to serve residents of Delhi, Noida, Ghaziabad, Aligarh, Agra, Faridabad, and the surrounding districts. The airport will serve as Northern India’s logistics hub, and its size and capacity will be a game-changer for Uttar Pradesh.

Yash Miglani, MD, Migsun Group, says, “Real estate will be one of the most crucial sectors that will be pivoting towards consistent growth, and we look forward towards changing skyline of the city with the airport and Film City becoming operational. The demand for residential and commercial real estate will be undergoing a sea of change as a new class of corporate buyers and investors will be entering the market. An electronics and mobile accessories hub near region could become a reality in the Yamuna Expressway area, with several companies showing interest in the region for investment in the electronics sector also due to the upcoming international airport.”