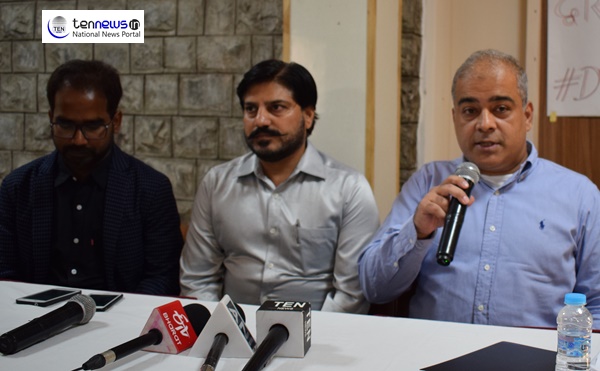 This association was created after coming through lots of roadblocks related to Dwarka Expressway since last 11 Years. About 1,30,000 families of Dwarka Expressway and New Gurugram are impacted due to this endless delay, so few of the home buyers came forward to bring synergies together from different residential projects of Dwarka Expressway and New Gurgaon to form an association. The main aim of DXP Welfare Association is to push Central as well as State Governments and responsible administrators for early completion of Dwarka Expressway Road along with speedy Integrated Infrastructure Development of basic amenities and facilities like green space, drinking water, sewage disposal, sector roads, streetlights, security, medical facilities, schools, markets etc. and removal of Kherki Daula Toll, eventually helping to reduce Air Pollution.

“We are all from middle class families. Dwarka Expressway was launched in 2007, after hearing all the features of Dwarka Expressway from various dealers and government officials who told us about Dwarka Expressway’s world class infrastructure, we, middle class society’s people booked our residentials at Dwarka Expressway.
There were 129 societies to be established at the site out of which 89 have been fully completed and people have started living in those societies. NH-8 is one of the busiest roads in India for the people travelling to smart cities Delhi and Gurugram. Because of the incompletion of Dwarka Expressway, very heavy traffic is being faced by people using NH-8 which have a heavy impact in the increasing amount of pollution in Delhi.”

With plenty of sustained efforts of meetings/follow-ups, 3 years continuous social media campaign and multiple protests from association’s side, Central Govt. and Haryana Govt. has agreed to start the construction of Dwarka Expressway in couple of months in Gurgaon. However, approval from Delhi Government Forest Department still pending since many months for the Dwarka Expressway stretch falling in Delhi.