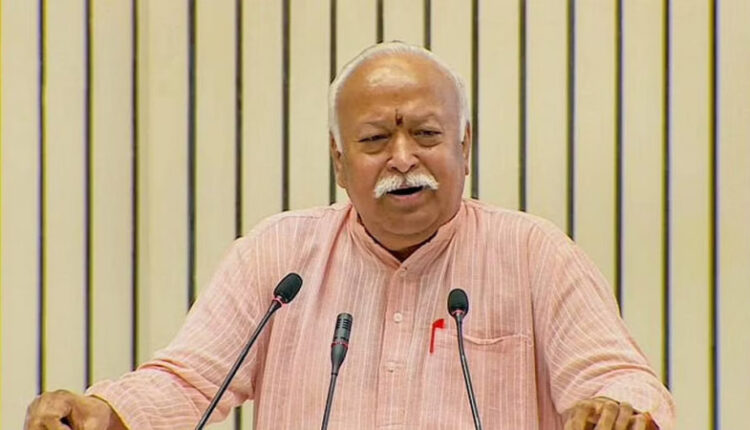 Ahmedabad (Gujarat), 11th Jan 2023: In an interview, Rashtriya Swayamsevak Sangh (RSS) Chief Mohan Bhagwat has voiced support for the LGBT community, stating that individuals with “such proclivities” should have their own private space and be included in the society.

He also stated that the acceptance of such individuals is a “biological, a mode of life” and should be treated with a simple approach. The statement is noteworthy, as it is in contrast with the historical and traditional stance of RSS , known for its conservative views, making this statement quite remarkable.

He also talks about Hindu society awakening and aggression among Hindu’s world over being a result of 1,000 years of wars.