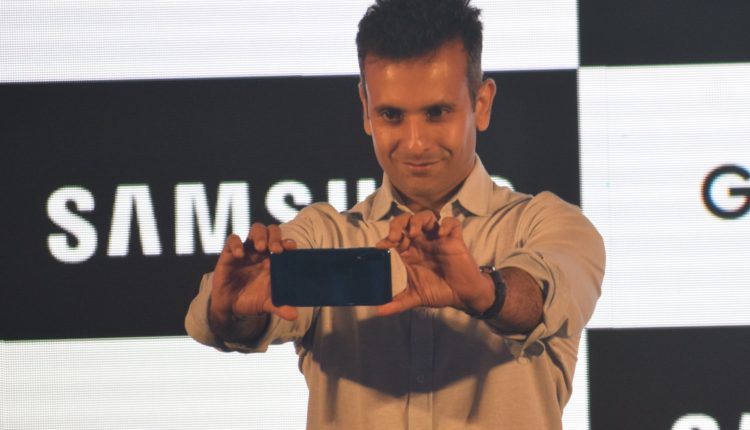 Samsung Galaxy A7 with Triple Camera launched in India!

New Delhi: Samsung India today launched new smartphone Galaxy A7,with a stunning design, powerful Rear Triple Camera, striking new colours and superior performance. In the new triple camera set up, there is an additional 8MP 120 degree Ultra-Wide Lens, which has the same viewing angle as the human eye. This allows users to capture unrestricted wide-angle photos exactly like what one can see.

The 24MP primary and selfie cameras also feature a new technology Pixel Binning that allows the device to intelligently detect low light conditions and combine four pixels into one “Super Pixel’ for crisp and clear shots in the dark.
The primary camera coupled with 5MP depth lens powers Live Focus feature that controls the depth of field by allowing users to adjust the effect both during and after clicking photos.

Featuring a 6.0-inch FHD+ Super AMOLED display, Galaxy A7 along with Samsung’s signature Infinity Display allows users to make the most of uninterrupted. immersive viewing. Galaxy A7 comes with a 2.50 glass back design, 7.5mm slim body, and a side fingerprint sensor where the sensor has been integrated into the power button for a clutter-free design.

“There is innovation and something new in every facet of the Galaxy A7 starting with the triple camera lens to power ultra-wide shots and intelligent features that ensure the best picture composition. The bold new colours and a side fingerprint sensor deliver a refreshed design. We are confident that with this device, we will capture the Imagination of the Indian millennial and be able to add to the celebrations during the festive season.”