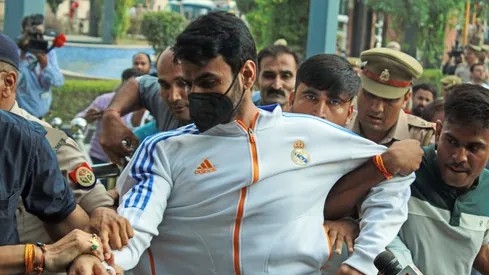 Noida, 11th August, 2022: Bail application of alleged BJP leader Shrikant Tyagi, who assaulted a woman in a Noida hoisting society after a heated argument, was denied by an Uttar Pradesh court on Thursday.

Tyagi has been charged under Section 354 of the Indian Penal Code (assault or use of criminal force on any woman with the intent or knowledge that he will thereby outrage her modesty).

Earlier on Tuesday, Uttar Pradesh police apprehended Shrikant Tyagi on charges of assaulting and abusing a woman at Grand Omaxe in Noida’s Sector 93.