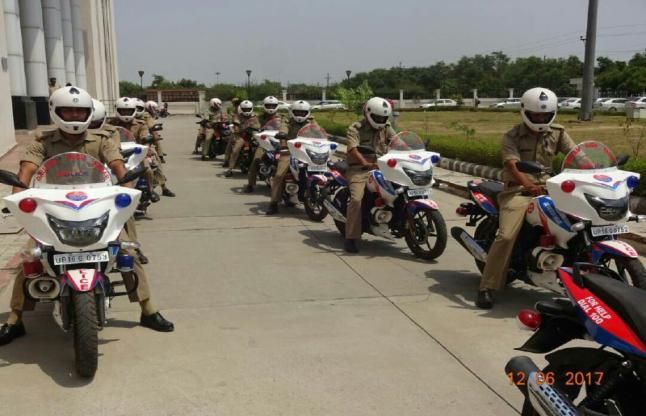 Greater Noida (10/3/2019) : Noida Police will be launching a bike patrolling unit soon to curb the rapidly increasing graph of robberies and snatchings in the city. In the last couple of months, incidents of loot, snatching and robbery has increased which is a matter of concern for Noida Police.

This unit will have a total of 120 police personnel out of which 60 will be sub-inspectors and 60 will be constables. A policeman under this unit will be in blue uniform, have a bike along with cameras. For Noida police has already got 41 bikes out 64 from Uttar Pradesh government. The same bikes will be used for patrolling from morning to late evening.

Planning for launching this team was going from last 15 to 20 days but now the GBN police got a go-ahead after a meeting in Lucknow Police Headquarter. The response time of the 47 police response vehicles (PRVs) used by the Gautam Budh Nagar police has been recorded at 12 minutes and 38 seconds, in comparison of 10 other police stations of Uttar Pradesh.

This new unit will not only boost up the security but also prevails a sense of safety among the public. As last month city registered more than half a dozen incidents of loot and snatchings.