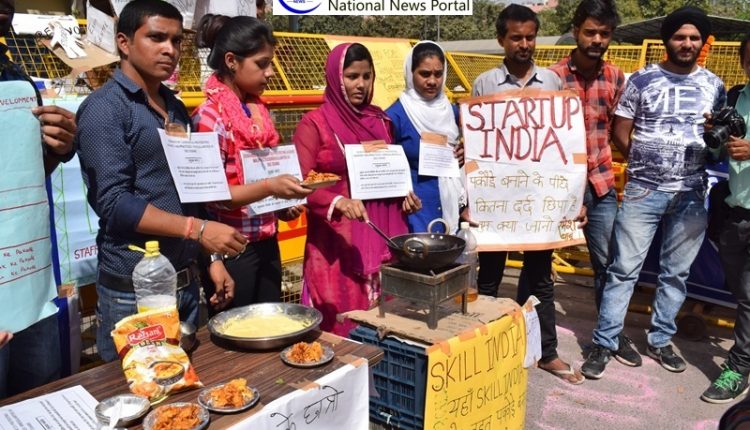 New Delhi! : After Indian Youth Congress (IYC) members Yesterday staged protests in several areas of the city in support of students who are sitting on a strike against the alleged paper leak of a Staff Selection Commission (SSC) exam.

The Congress’ youth wing also supported the demand of the agitating students for a CBI probe into the alleged paper leak.

Demanding a CBI probe into the alleged question paper leak of the Staff Selection Commission (SSC) examination, thousands of candidates are protesting for more than two weeks since, 27 February in front of the SSC headquarters at Lodhi Road in Delhi. On Thursday, The Protesters protesting against SSC and PM modi silence on the issue , sold pakodas and celebrated pakoda diwas at cgo complex by saying it’s also a form of employment and can be seen in the light of ‘job creation’.

Speaking to Ten News, The SSC Students said, “we demand CBI enquiry of all the exams conducted by ssc like chsl,mts,cgl,cpo etc under the supervision of Hon’ble Supreme court in a time bound manner. We are celebrating pakoda diwas for so called employment as our PM Modi said. We want our, PM to talk to those youngster’s , who are sitting on roads of Delhi. They are waiting him to respond.”