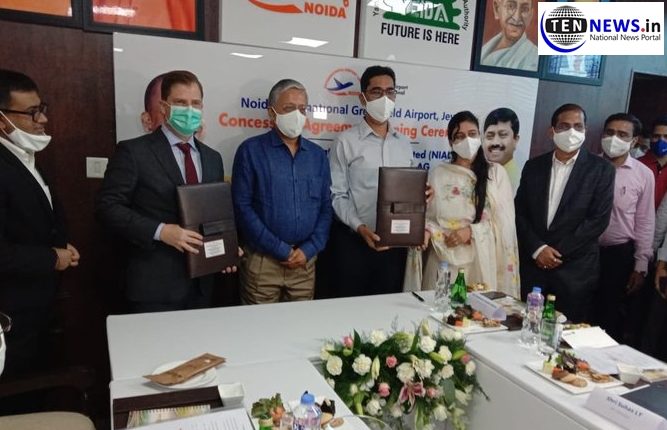 Greater Noida (Gautam Buddha Nagar): A moment for which the residents of Noida and Greater Noida had waited for very long, finally became a reality on Wednesday when Zurich Airport International AG authorities signed a deal with Noida International Airport Limited (NIAL) for the construction of the greenfield airport at Jewar.

Being billed as one of the biggest airports in the country, the airport will be developed at the cost of 29,560 crore.

UP’s additional chief secretary and director of Civil aviation directorate of uttar Pradesh, graced the occasion where about half dozen of Zuric AG representatives came for signing the agreement.

The airport will be developed on a public-private partnership model.