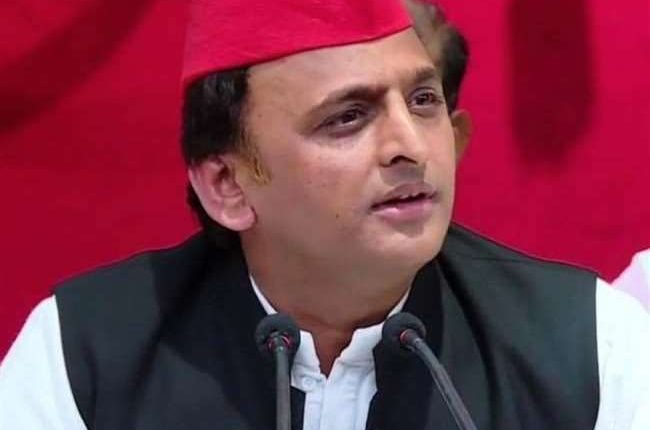 UP Polls: Akhilesh takes jibe at Yogi over resignations, says he doesn’t know how to play cricket, dropped catch

Lucknow, January 14: Samajwadi Party chief Akhilesh Yadav on Friday, referring to the spate of resignations that took place in the Yogi Adityanath government, took a jibe at the Uttar Pradesh Chief Minister and said that he does not know how to play cricket and has dropped a catch.

Former Uttar Pradesh Ministers Swami Prasad Maurya and Dharam Singh Saini, who resigned this week from the Yogi Adityanath government and the ruling BJP ahead of Assembly polls, joined the Samajwadi Party (SP) on Friday in the presence of party chief Akhilesh Yadav.

Addressing a press conference here, Yadav said, “BJP wickets are falling one after the other, but our CM does not know how to play cricket. He has already dropped the catch now. As Swami Prasad Maurya said wherever he goes, the government is formed. Even this time he brought a huge number of leaders along with him.’

The SP chief said while welcoming Maurya into his party that he along with the other leaders joining his party has boosted their morale.

With the leaders from the BJP leaving the party ahead of the elections and joining the SP, the party chief said that when the Samajwadi and Ambedkarwadi have come together, no one can stop their winning the upcoming Assembly elections.

“Who can forget the Digital India error…Raid was supposed to be somewhere else but ended up in their own house. We were waiting for the Assembly polls. The Cycle is strong as Samajwadi and Ambedkarwadi have come together and no one can stop this. Now nobody can stop us. When the Samajwadi and Ambedkarwadi have come together, then there is nobody to stop us,” he said.

The spate of resignations began with Swami Prasad Maurya quitting the cabinet. Maurya, a prominent leader from the OBC community, had joined the BJP from BSP. Dara Singh Chauhan had resigned as minister on Wednesday. Dharam Singh Saini became the third minister to join SP on Thursday.

Samajwadi Party has stitched a coalition of smaller parties for the assembly polls and has emerged as the main rival of the ruling BJP in the state.

Resignations are not big deal in UP, BJP getting support from everywhere: Narendra Singh Tomar