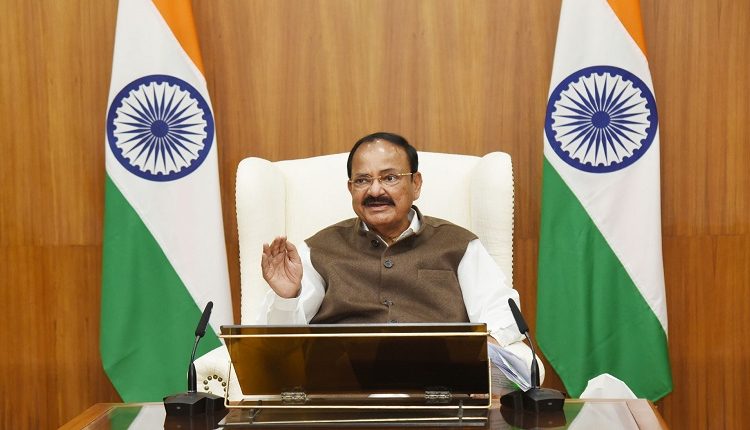 The Vice President M. Venkaiah Naidu today called for increasing multidisciplinarity in higher education to produce well-rounded individuals from universities and realize the full potential of our demographic dividend. He observed that many career trajectories in the coming years will require employees to have wide knowledge in diverse fields.

In this regard, Naidu called for a revival of the liberal arts and their integration with the curriculum of STEM (Science, Technology, Engineering and Mathematics) courses. He mentioned that various assessments have shown that exposure to arts and social sciences results in enhanced creativity, improved critical thinking, higher social and moral awareness and better teamwork and communication skills among students. Such qualities are in high demand in the 21st-century economy where no sector of the economy works in a silo, he added.

Naidu also underscored the importance of updating students from humanities’ background with the latest technological developments for them to apply these advancements in their research studies.

Speaking at the virtual inauguration of the Moturi Satyanarayana Centre for Advanced Study in Humanities at KREA University, Naidu highlighted that India had a ‘parampara’ of holistic education since ancient times. He said that the National Education Policy 2020 recognizes the importance of such holistic education and seeks to break the ‘rigid and artificial barriers between disciplines.

The Vice President appreciated the efforts of colleges like IIT Bombay which has recently introduced an interdisciplinary undergraduate course that includes liberal arts, science and engineering in one programme. He suggested that other institutions too should explore offering multidisciplinary courses.

Expressing concern over rote learning practices in schools, Naidu appealed to parents to infuse curiosity for arts and literature in children from a young age. “In a race to make it to the top national institutions of science and engineering, we are ignoring essential subjects in schools such as languages and social sciences”, Naidu remarked.

Naidu complimented the staff and administration of KREA University and the family of Moturi Satyanarayana for establishing the new Centre. He appealed to well-meaning families to come forward and join the government in starting similar initiatives in higher education.

On this occasion, the Vice President paid rich tributes to Moturi Satyanarayana, freedom fighter and Parliamentarian. Remembering his contribution as a proponent of Indian languages, especially Hindi, Naidu called for due importance be given to Indian languages at all levels of education and administration. “Language gives us identity, self-respect and makes us who we are. We must feel proud to speak in our own mother tongue”, he added.

Naidu also expressed his concern over the falling standard of debates in the parliament and state legislatures. He called upon people to elect their representative on the basis of the 4 ‘C’s — character, conduct, calibre and capacity. “Instead, some people have been weakening Indian democracy with another set of 4 Cs — caste, community, cash and criminality. People should choose their representatives wisely to protect parliamentary democracy”, Naidu appealed.

IndiGo leads average On-Time Performance over the last one year