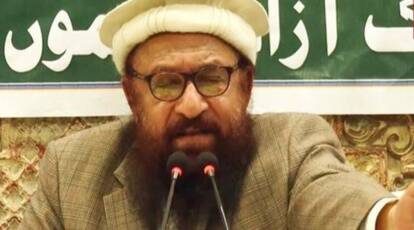 New Delhi, (17/01/2023): In a significant move towards better international cooperation in the fight against global terrorism, the United Nations Security Council (UNSC) has officially added Abdul Rehman Makki, the brother-in-law of Lashkar-e-Taiba leader Hafiz Saeed, to its list of global terrorists.

The listing comes after China blocked India’s proposal to name Makki a global terrorist in 2020. India had criticized China for its decision in June 2022.

However, on Monday, the UNSC approved the addition of his name to its ISIL (Da’esh) and Al-Qaida Sanctions List of individuals and entities subject to the asset freeze, travel ban, and arms embargo set out in Security Council Resolution 2610 (2021).

In a statement, the UN said the listing was made in accordance with Resolutions 1267 (1999), 1989 (2011), and 2253 (2015). The decision has been widely welcomed as a step towards better international cooperation in the fight against global terrorism.

The UNSC’s decision to list Makki as a global terrorist is a significant action that is taken after careful consideration and investigation.

The listing is based on evidence provided by member states and other relevant information, and it was made by consensus among the 15 members of the UNSC.

Explosion at Mosque in Peshawar, Pakistan Kills 83 and Injures 150