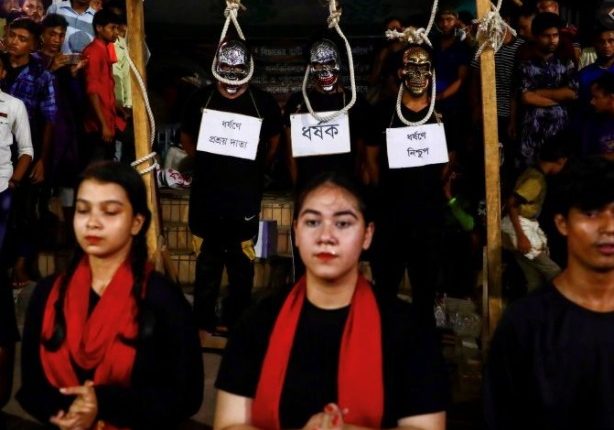 The Bangladeshi government on Monday approved a number of proposals to make provisions for stringent punishment to sex offenders and rapists.

The proposal was approved in principle at a cabinet meeting with Prime Minister Sheikh Hasina in the chair, the country’s Law Minister Anisul Huq told journalists.

He said the proposed law stipulates that “the maximum punishment is death penalty for the sex offenders.”

After the cabinet’s approval of the proposal to enact the punishment, Bangladeshi President Abdul Hamid has to promulgate an ordinance increasing the punishment of rapists from the existing life term to death.

Law Minister Huq has asserted that they had placed the proposal before the cabinet to make quick amendments to the laws dealing with sexual assault in order to make the laws stronger.

In the wake of unprecedented countrywide anger over a series of rapes and sexual assaults recently, he said the government decided to adopt capital punishment for the crime by changing the law.

No job is big or small: Noida’s MNC employee exemplifies it with food stall!