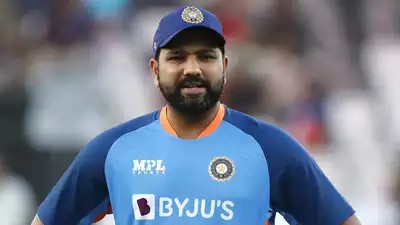 Difficult to focus on all formats of cricket in a world cup year: Rohit Sharma

Guwahati (Assam), 10th Jan, 2023: Rohit Sharma, the captain of India’s men’s cricket team, has said it is not possible to play all formats in a World Cup year.

Speaking at a press conference today, Sharma said that this was due to the busy international schedule and the fact that teams would be playing in multiple tournaments during the same time period. He added that while some formats may have been played in previous years, they could not be accommodated this year due to other commitments.

The Indian Premier League (IPL) will also take place during April-May 2021 which means further commitments for players who are already involved with their respective national sides as well as domestic leagues around the world. This makes it difficult for teams to find enough time and energy for different formats like Test Cricket or One Day Internationals (ODIs).

Sharma concluded by saying that he believed there were still opportunities for fans of all cricketing nations to watch and enjoy their favourite game even if all formats cannot be played this year.

Moreover, amid Covid scare, he also urged everyone to stay safe and follow local health guidelines so that cricket can continue being enjoyed by fans across the globe.