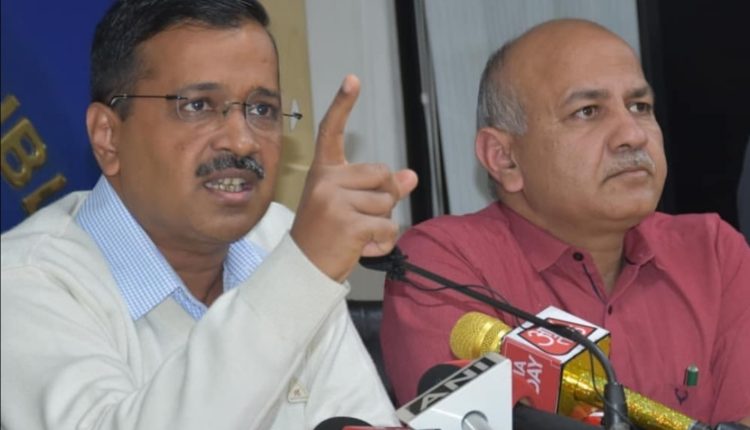 New Delhi (27/02/2020): 35 people have lost their lives due to violence in many areas of Delhi. At the same time many people have also been injured due to this violence. Regarding this, Delhi Chief Minister Arvind Kejriwal has made many announcements of relief for the people. Simultaneously, CM Kejriwal has said to take strict action against the culprits.

CM Kejriwal said that there is no police control in my hand. “If the police were in our hands, we would have also taken strict actions. Those who incited violence should not be spared. If the culprit is from the Aam Aadmi Party, BJP, Congress or even if there is someone from my cabinet, no one has to be spared. Take the harshest action against the culprits. Those who are guilty should be put in jail.”

At the same time, a letter has been written to Delhi Police Commissioner Amulya Patnaik on behalf of Delhi Bharatiya Janata Party leader Abhishek Dubey. In this letter, Aam Aadmi Party councilor Tahir Hussain has been accused of spoiling the atmosphere in Delhi and sheltering criminals at his home. It has been written in the letter that things like petrol bombs have been recovered from his house.

We won't accept ammendment in farm laws, we want govt to take back those laws: Agri leader
YouTube Video VVVmdkJkSmMxOUxnUTlNcmFjQWVyT1lnLjFDQTg1RjUzMjFDNjRFODk=

We will talk only about withdrawal of agri laws, and nothing else: Agri leader on 5th round of talks
YouTube Video VVVmdkJkSmMxOUxnUTlNcmFjQWVyT1lnLjU1OTg1MDc2NDdCOThCMEI=