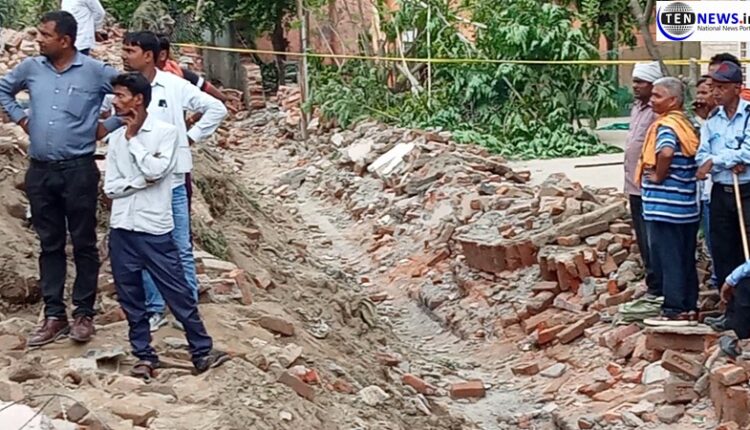 Executive of company responsible for Noida incident detained, raids on to find contactor

Noida, 20th September, 2022: An officer of MD Project, the company responsible for this incident, was detained by Gautam Budh Nagar Police and now seeking the contractor. The police have filed a FIR in this instance under the sections of culpable homicide not amounting to murder.

According to the Commissionerate of Police, a FIR has been lodged against the director of the company MD Project, Sundar Yadav and his servant Gul Mohammad based on the complaint received from the Noida Authority in connection with the fall of the Jalvayu Vihar Housing Society’s wall.

The case has been filed at Noida police station Sector-20 in connection with the fall of the Jalvayu Vihar Housing Society’s wall.

According to the data obtained, the contract was given by the authority to a company named MD Project for Rs 92 lakh. The JCB was being used for excavation along the wall by the company.

Growing Indian economy impressive like no other: Sanjiv Mehta, FICCI President at LEADS 2022