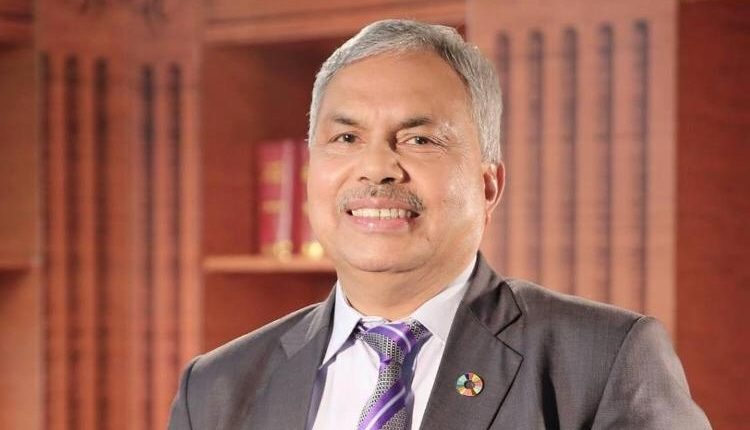 Kamal has been a living story of how one can start humbly, persist hard and persevere through challenges to rise and make measurable contributions to whatever he would undertake to do. I had known him since our days in AIMA back then in 1997 when I joined the organisation and had an opportunity to work there as colleagues and that relationship slowly and gradually grew into a lasting mutual liking and admiration. We continued thereafter to meet, and interact as he would invite me to professional meetings and events with no exception to our personal bonding beyond the professional corridors. I had also been privy to his moving away from AIMA to helming NHRDN as I had deep and close relationship with governing board of the organisation back then, our relationship on an upwardly territory thrived and turned into seeking certain advice and guidance on many issues including family, career and professional development related issues.

I remember our rather intimate conversation when he was willing to consider joining Global Compact Network after my moving from there to Europe. I all along saw in him a child like curiosity without bias to approach some of rather complex and difficult issues with ease and openness. Such was his propensity to approach matters of professional dimensions and putting his imagination to put that to work.

Another area of his virtue that one could learn from was that he always remained rooted in his culture, local ethos and valued his relationship with people from varied backgrounds and contexts and did not hesitate in promoting people he thought as his near and dear ones while advancing their well being and welfare. I had seen that playing out passionately, personally in ways in which he went about doing that.

Almost an usual yet a rare quality that Kamal possessed was his deep and abiding reverence towards education and how it could transform lives in ways one could not imagine and anticipate. I remember him often mentioning to me that he wanted his children to educate well and make their mark in their chosen areas of professional career. I vividly remember him bringing his eldest daughter for an internship at the Times of India which I was heading back then in 2007 and I could see in her values and culture that her father had so profoundly ingrained in her. And, Kamal did such things so well, almost to the point of perfection. I also during the course of our relationship had an opportunity to meet with his family and children, reminding me of what he had truly made them with his hard work and simplicity.

We above all had a professional relationship which many a times bordered on being one of the family one that I admired and always appreciated as a friend over the years in many memorable ways that I may not be able to put in ephemeral words.

A day when Kamal has left us for heavenly abode, reminding us of being simple and also as a reminder on how we can rise both in professional ladder and in our personal relationships with people with hard work and intensity of purpose in whatever we attempt at doing. These inspiring thoughts also are laced with and accompanied by a grim reminder of the perils of the Covid- 19, almost reminding us to be cautious and careful of the virus rampaging through our lives on a daily basis.It feels more painful when one loses a friend like Kamal, embodying the true spirit and meaningfulness of his name, and will continue to remind us of good things he has left behind.Like the most, I as someone having known him since 1997 surely would miss him for all the memories of togetherness that we happened to share and be privy to with goodwill and thoughtfulness.Today, I find it rather hard to say anything further as ‘my words are few as my heart is full’.May Kamal’s immortal soul rest in peace, for ever since.

How Pune Will Gain from Model Tenancy Act