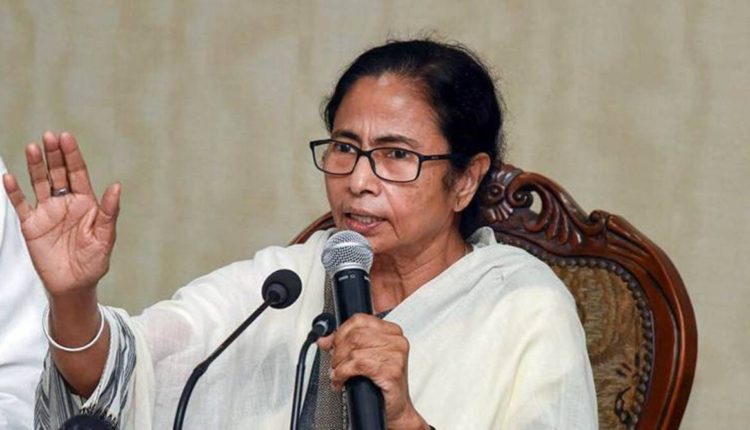 Kolkata, Jul 21: Latching on to the snooping row, West Bengal Chief Minister Mamata Banerjee Wednesday accused the Modi government of trying to establish a “surveillance state”, and pitched for opposition unity to oust the “authoritarian” BJP government in the Lok Sabha polls.

She also asked the Supreme Court to take cognisance of the Pegasus snooping scandal that purportedly targeted activists, politicians, journalists and even judges using spyware.

“BJP wants to convert a democratic country into a surveillance state rather than a welfare state,” she said addressing the Martyrs’ Day rally in Kolkata online.

The TMC supremo also accused the Centre of spending the money collected through tax on fuel and other commodities for spying using “dangerous software” instead of funding welfare schemes.

its like a recorder. All opposition leaders know that our phones are getting tapped.

“I can’t speak to NCP leader Sharad Pawarji, Chidambaram or other opposition leaders or chief ministers because we are being snooped and spied on by the Centre. But snooping on us won’t save them in the 2024 Lok Sabha polls,” Banerjee told the rally.

The stormy Bengal leader held up her mobile phone, its camera plastered with adhesive tape, in a gesture of protest against alleged spying by the government.

“Pegasus is dangerous and ferocious. They are snooping on Abhishek Banerjee (her MP nephew) and Prashant Kishor (poll strategist). So I have plastered my phone. Similarly, the BJP government should be plastered otherwise the country will be ruined. The BJP is working to destroy the federal structure,” she said.

Banerjee urged the Supreme Court to order on its own a probe into the snooping row.

“There are three important things in a democracy — media, judiciary and the Election Commission — and Pegasus has captured all three. I would appeal to the Supreme Court to come to the nation’s aid. Save the country, save our democracy.

“Can’t you (SC) take suo motu cognisance as all phones are tapped? Please set up a panel to probe. Only judiciary can save the country,” she pleaded.

Banerjee alleged that the money earned through steep fuel prices is being used to spy on judiciary, politicians, journalists and others.

“The union government collected 3.7 lakh crore from fuel taxes. Where is the money going? No vaccines are available. They are spending the money on surveillance. Phones of Union Ministers’ are being tapped. Pegasus spyware intercepted the phones of judiciary, politicians, media,” she said.

She attacked both Prime Minister Narendra Modi and Home Minister Amit Shah over the scandal, the latest flashpoint between the government and the opposition.

“Modiji, please don’t mind. I have nothing against you personally. But you and your Home Minister are deploying (central) agencies against opposition leaders. You are misusing the agencies.”

Her comments came amid the row over Israeli Pegasus spyware being allegedly used to snoop on hundreds of Indians, including Union ministers, opposition leaders, activists, journalists and scientists.

Banerjee thanked the Congress, NCP, SP, Shiv Sena and several other parties for joining her rally virtually from New Delhi.

“All those opposed to the BJP and its authoritarian regime should defeat it. BJP has taken the country to darkness. We all have to come forward to take it to new light,” the Bengal leader said.

Highlighting the “threat” posed by the BJP to Indian democracy, Banerjee called for opposition unity and suggested lieaders like NCP’s Sharad Pawar to convene a meeting of opposition leaders.

“We don’t have time to waste. Only around 3-2.5 years are left. We have to fight together to protect and preserve our democracy. If the opposition front comes to power, we will provide free ration people,” she said.

Banerjee, who has emerged as the doughtiest opposition face after her resounding victory in the West Bengal assembly polls, apparently seeks a larger role in national politics whose part she has been for decades in the past, and will likely try to use the visit to rally other anti-BJP parties behind her.

Banerjee interspersed her speech with sentences in Bengali, Hindi and also English, an obvious attempt at reaching out to a larger national audience.

“Khela Hobe (will play)”, she declared, renewing the battle cry she made during the state assembly elections, adding the fight will continue till BJP is ousted from power.

Slamming the BJP-led NDA government for its “monumental failure” in handling the second wave of the COVID crisis, the TMC supremo termed the saffron party a “highly virus loaded party” which needs to be defeated at any cost.

She attacked the prime minister for calling Uttar Pradesh the best ruled state.

“We have seen how COVID infected bodies were thrown into the Ganges. The BJP itself is a highly virus loaded party that needs to be defeated. Its politics revolves around ‘goli and gali’ (bullet and bluster),” she said.

In her speech that was beamed live in Punjab, Tripura, Tamil Nadu, New Delhi, Maharashtra, Madhya Pradesh, Gujarat and Uttar Pradesh, Banerjee recalled how she fought the assembly elections against “money, muscle and mafia power” and won.

The TMC observes Martyrs’ Day on July 21 every year in the memory of the 13 people who were killed in police firing on a rally of Youth Congress workers against the then Left Front government in 1993 when Banerjee was the outfit’s state president.