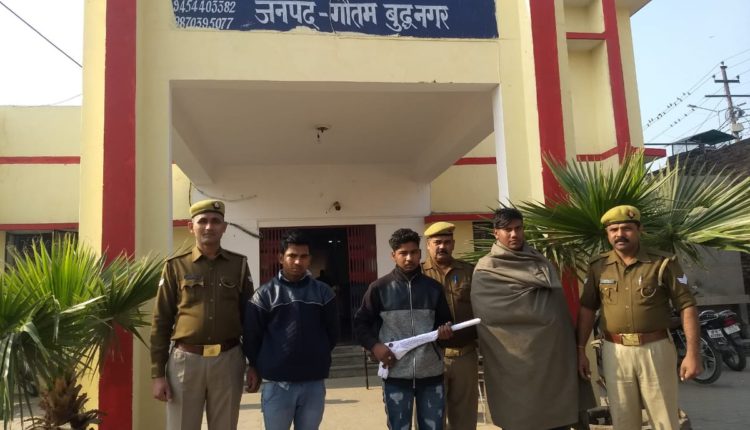 As per the reports on Wednesday evening, Gaurav Singh from Ghodi Bachheda village, had gone to Sector MU to attend a engagement ceremony of a neighbor.

Gaurav had just finished eating and was going towards the exit gate of the ceremonial ground where the groom was standing with three of his friends. They were firing in the air and one of the bullets hit Gaurav . He was rushed to Kaliash hospital but doctors declared him brought dead as he had recived serious injuries in chest and neck.

On the basis of the complaint filed by Gaurav’s family, police team arrested all the accused from different locations allegedly involved in the incident.

One of the accused Sachin was arrested on 14 December around 8:46 PM from a temple in Ghodi Bachheda village. Police had also recovered a .12 bor country made gun used for the firing from him.

Apart from this his accomplice Bhola and Dharmraj were arrested on 15 December around 10 in the morning from Biryani Bridge in Dadri. All the accused were sent to jail after being presented before the court.