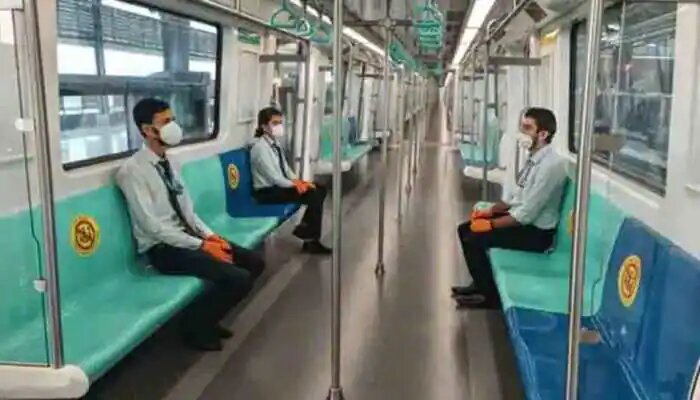 Greater Noida, (10/08/2022): According to Noida Metro Rail Corporation (NMRC) officials, a new record was set on August 8, the second Monday of the month with more than 40k travellers opting to travel on this metro network.

The Noida- Greater Noida based metro has set a new single-day ridership record of 40,295 passengers, the most since it began operations in January 2019, according to officials.

The metro, which connects the twin cities of Noida and Greater Noida in the Gautam Buddh Nagar district of Delhi, has seen an increase in ridership in recent months.

The NMRC recently published an expression of interest for providing last-mile connectivity to passengers. “The deadline for submitting EoI is August 18 and a walkway connecting the Sector 51 (Aqua Line) and Sector 52 (Blue Line) metro stations is also planned,” IAS Maheshwari said.

“The call for tenders for the FoB between Sector-51 (NMRC) and Sector-52 (DMRC) is expected to be issued soon,” She added.

The Aqua Line connects Noida Sector 51 to Greater Noida Depot Station via 29.7 kilometres and 21 stations. It cost 5,503 crore to construct as well as officially made available to the public in January 2019.